N-acetyl-cysteine is a precursor to our master antioxidant: Glutathione which is essential for al 3 stages of liver detoxification. Works to prevent or diminish kidney and liver damage. It also is used in the western world to approve liver function in patients with non-alcoholic fatty liver disease. So powerful that it can be taken to treat acetaminophen overdose.

Milk Thistle is a potent herb that cleanses the liver and is used to treat liver problems such as cirrhosis, jaundice, hepatitis, as well as gallbladder disorders.

Burdock Root is a powerful antioxidant which works to protect against free radical damage and protects the liver against poisonous substances.It aids the liver in metabolizing nutrients and encourages the removal of waste products. The bitter taste helps to stimulate bile production to get a sluggish liver moving in order to flush out toxins.

Dandelion Root is rich in vitamins and minerals such as vitamins A, K and C.A study shows that dandelion root prevented damage to the liver caused by alcohol toxicity in both liver cells and mice. So the next time you have a few drinks, you might want to pregame and postgame with some dandelion root! Other indications: fights bacteria, strengthens bones, promotes skin health and is very high in fiber

Barberry Root is a yellow root that contains the active ingredient berberine which has many medicinal properties. It works to cleanse the liver and gallbladder and also has antimicrobial, antifungal antibacterial capabilities. It is also a great agent against diarrhea and travelers diarrhea and infections.

Fennel Root is one of the most effective digestive aids which works as an antispasmodic to help soothe the stomach and reduce digestive cramping, gas and bloating. It is effective for treating intestinal spasms that result from conditions such as irritable bowel syndrome, ulcerative colitis, Crohn’s disease, leaky gut syndrome, Celiac’s disease, and intestinal candidiasis.

Ginger Root is known for its long history of being used to help aid digestion, reduce nausea and even combat the flu and the common cold. Gingerol is the main bioactive compound in ginger and is responsible for most of its medicinal properties.Ginger also has powerful anti-inflammatory benefits and antioxidant effects.

Licorice Root has been used in ancient cultures for thousands of years. Studies have shown that it can help decrease AST and ALT in the liver. It also has anti-inflammatory, anticancer, antioxidant and anti-microbial benefits.

Liver Master is a cleanse for one of the most important detoxification organs in the body. The liver helps make cholesterol, stores and breaks down glucose and flushes out toxins from the bloodstream. Many environmental toxins such as endocrine disruptors like BPA, phthalates, pesticides and heavy metals are passed through the liver. If the liver is sluggish and cannot detoxify properly, then the bowels and energy levels will be affected.

What is Liver Master?

Who should take Liver Master?

Anyone suffering from non alcoholic fatty liver, inability to lose weight or detox, anyone with sluggish bowels, slightly yellowed eyes or tongue, or anyone dealing with anger or reactivity problems. We do not recommend this while pregnant, trying to get pregnant or breastfeeding.

Thank you for submitting a review!

Your input is very much appreciated. Share it with your friends so they can enjoy it too!

Every supplement I’ve purchased from Nupeutics since I discovered their work 1/2 has improved my overall well-being. My life is taking on a positive rhythm and my mood is enhanced. 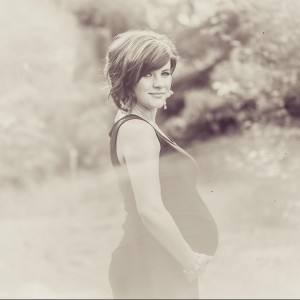 I am really enjoying this Liver Detox Cleanse. I have noticed a difference on my skin, my breakouts are practically gone and my digestion and function has improved as well! My eyes are even brighter! Will be continuing to use.

I know this stuff is working because I reeked after hot yoga yesterday. I do hot yoga 3-4x per week therefore I don’t really smell too badly afterwards anymore. But a couple days of taking this stuff and I smelled so badly afterwards. Excited to see what else happens. Love the ingredients.

I have been using this for about a month along with hormone master to transition off HBC. I think this product works. My skin is very clear and I have more energy. I have also noticed a huge reduction in BO which tells me toxins are being eliminated .

That is becoming a popular combo! Glad it's working for you!